The earliest prose chronicle in English, begun after 1272, with continuations through the early 15th century. 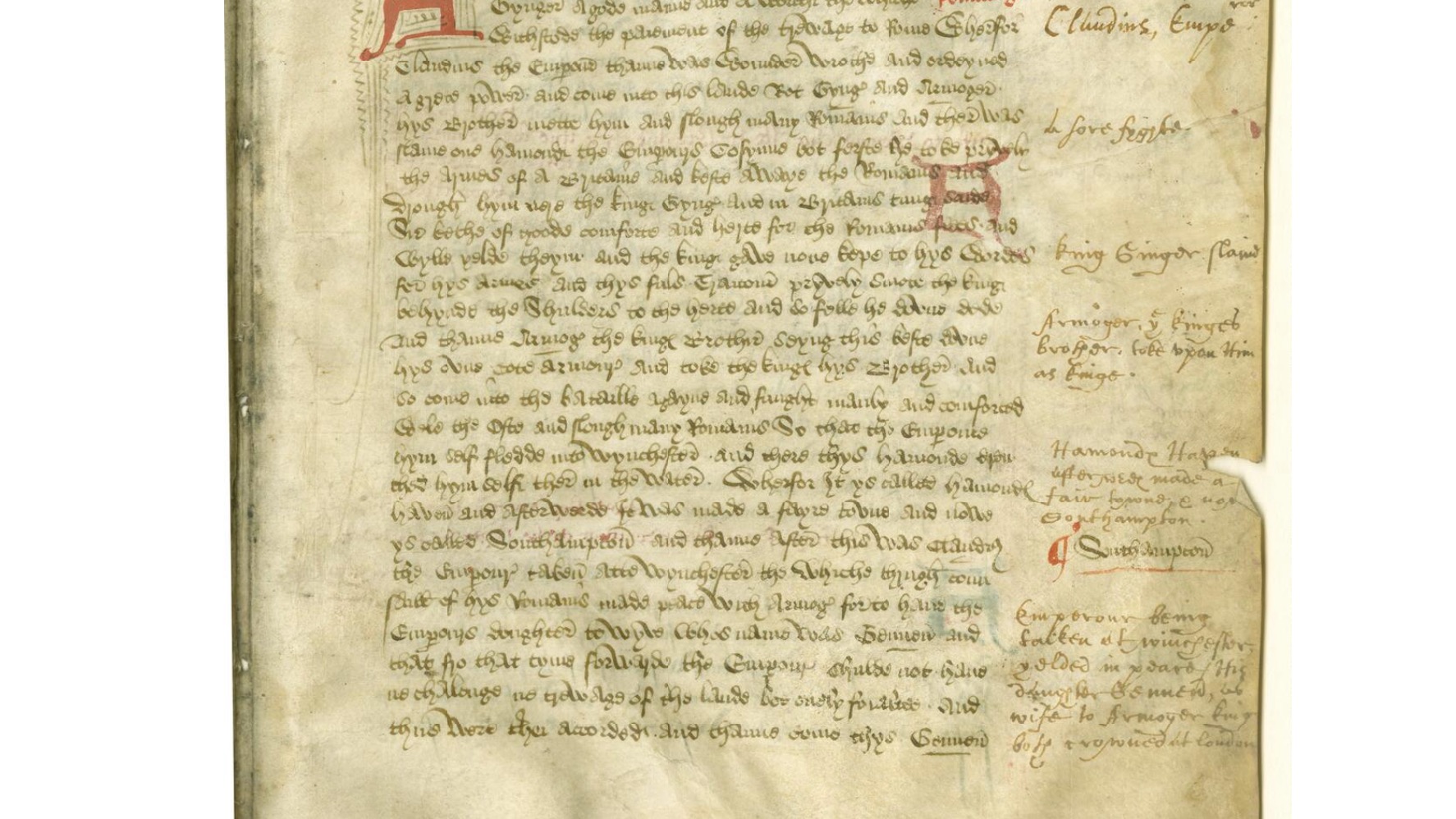 The earliest prose chronicle in English, this manuscript was composed in Anglo-Norman sometime after 1272, then extended to 1333, and, finally, in about 1400 translated into English. The second continuation is believed to have been written around 1430, and extends the account from 1377 to 1419. The narrative begins with the legendary hero Brutus' conquest of Albion and continues, with the second continuation, to 1419 and Henry V's siege of Rouen. The opening folio is defective and shriveled with loss of text and illuminated border, one further leaf with outer third of folio lacking, four further leaves with sections of lower or outer margin excised or torn away not affecting text; vellum darkened and spotted throughout, a few tears or nibbles, condition rarely affecting legibility. It is written in single column of 36 lines, in brown ink between two pairs of verticals scored or faintly ruled. Includes some decoration and marginal inscriptions in fifteenth and sixteenth century hands.

The original manuscript is available at Rauner Special Collections Library by asking for Codex 003183. For more details, including collation, script and decoration information, please see the detailed record in the Dartmouth Library Catalog.

In 2011, a scholarly conference was held at Dartmouth College to consider the Brut manuscript. The proceedings were collected and published in Digital Philology in 2014. Linked below are three essays from the conference by Dartmouth-affiliated scholars: Michelle Warren, Professor of Comparative Literature; Deborah Howe, Collections Conservator at the Dartmouth Library; and Emily Ulrich ‘11, now a graduate student at Yale University.

For more information about the Brut Chronicle visit Remix the Manuscript: A Chronicle of Digital Experiments.