Who's Who & What's What in the Books of Dr. Seuss

By Edward Connery Lathem. Written to commemorate the 75th anniversary of Theodor Geisel's graduation from Dartmouth. 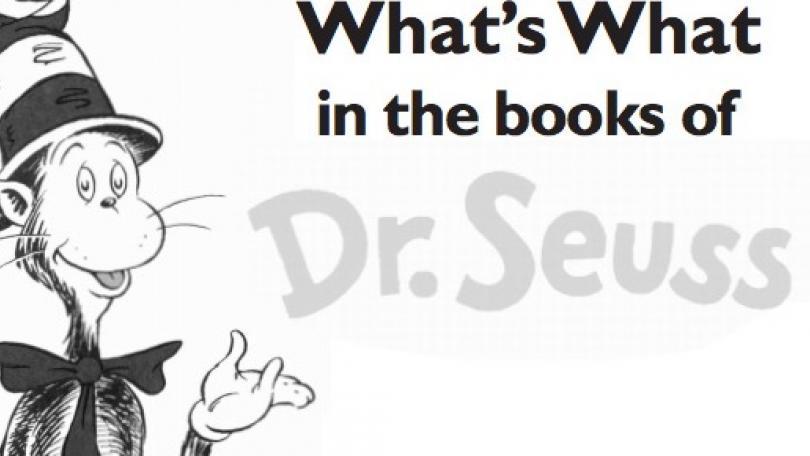 Theodor Seuss Geisel (1904-1991), internationally known by his pseudonym "Dr. Seuss," was a member of the Dartmouth Class of 1925. To commemorate the seventy-fifth anniversary of his graduation from the College, Dartmouth published this finding aid, compiled by Edward Connery Lathem, that is reflective of the contents of all of the Dr. Seuss volumes from the first book, And to Think That I Saw It on Mulberry Street (1937), through three posthumously issued works, ending with Hooray for Diffendoofer Day! (1998).