16th-century Spanish antiphonal, containing the chants for the Divine Office of the Roman Catholic Church. 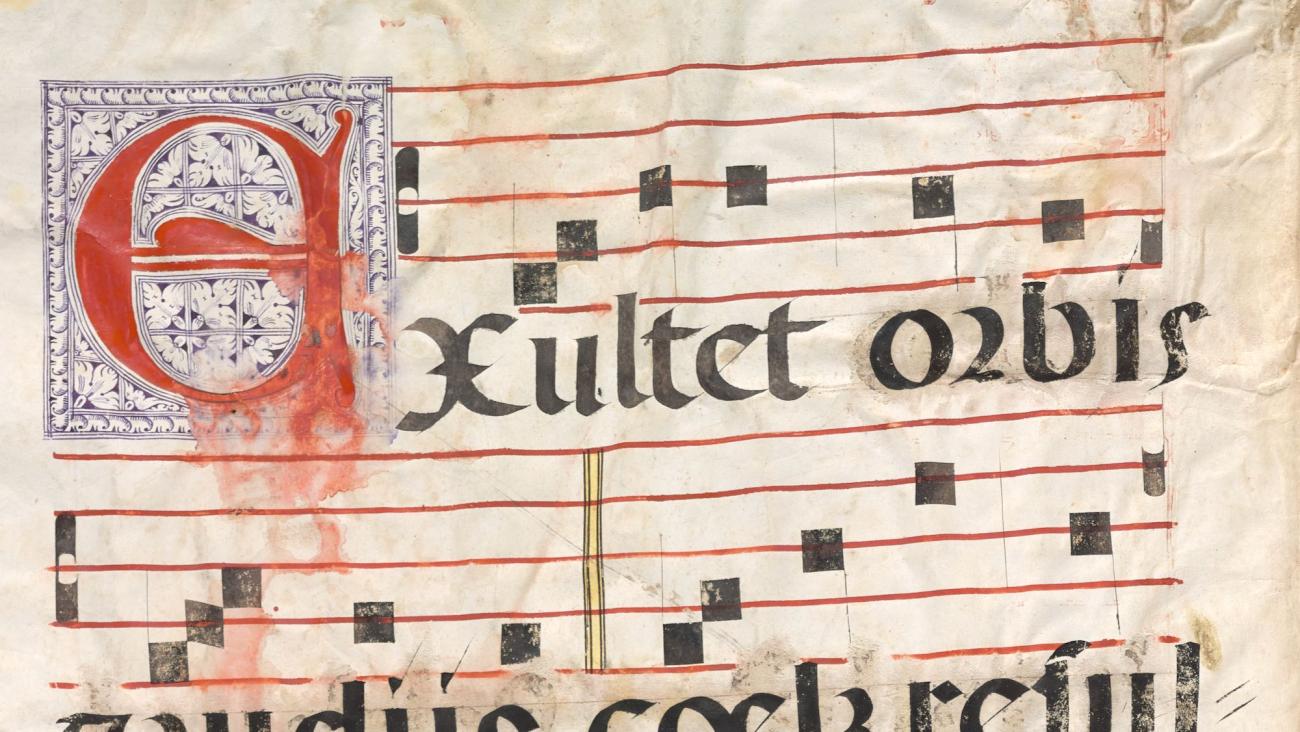 An antiphonal contains the chants for the Divine Office of the Roman Catholic Church. The large format allowed the entire choir to sing from a single book. This example was produced in the sixteenth century, most likely in Spain. It came to Dartmouth in 2006 as a gift from Michelle Stacy, class of 1977.

The original manuscript is available at Rauner Special Collections Library by asking for Manuscript Codex 003203. Additional information is available in the full catalog record.