Documents chronicling the legal transactions of Richard Stone (ca. 1570-1653) of England and his descendants. 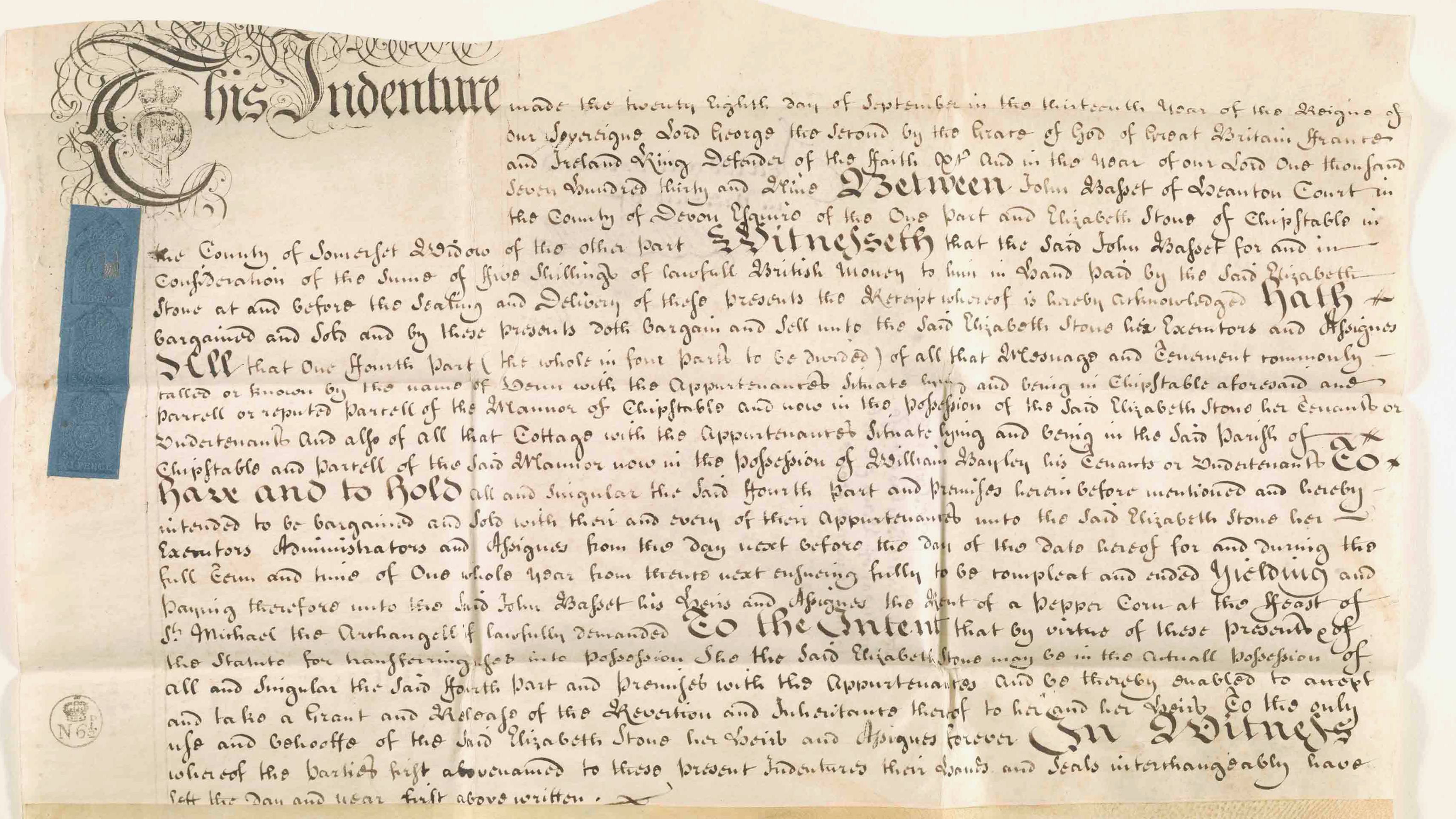 The papers of the Stone family contain parchment indentures, covenants, probate deeds and wills, manuscript notes, letters, receipts, and invoices. The documents chronicle the legal transactions of Richard Stone (circa 1570-1653) of Clayhanger, Devon and Chipstable, Somerset, England and his descendants. Seen together, the materials shed light on the evolution of British legal documents from 1571 to 1872. Richard Stone was married twice and had eight children. The line of descent from his son Emanuel Stone from his first marriage can be traced in the United Kingdom and the United States to the present day. The line of descent from his son Richard from his second marriage also can be traced to the present day in the United Kingdom, Australia, and New Zealand.

The original manuscripts are available for use at Rauner Special Collections Library by asking for MS-1339. Additional information is available in the full archival finding aid.

Researchers interested in the family history of the Stone family can find more information at Stone-Rhodes: a Family Memoir. Should anyone researching these documents prepare abstracts or transcriptions, the donor would very much like to receive them. He can be advised by leaving a comment on the Stone-Rhodes website.